My Favorite Chapter Written in 2013

So as I'm reading all the excellent posts about the best books of 2013, it's got me thinking about my most favorite chapter I've written this year. After a lot of thought, I've decided CHAPTER 4 from the novella, ROCK MY WORLD is my favorite and I want to share it with you all. This chapter shows just how far RIFF/ZACH has really come since we'd met him in the first book, ROCK THE HEART. He went from a womanizing man-whore to a man with a purpose and this chapter shows this so well. I think I'll always have a soft spot for Riff's Oreo-lovin' ass. He's a very special guy. Thank you guys so much for making 2013 kick-ass for me and my guys in Black Falcon. 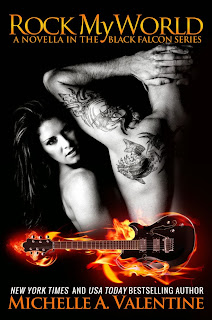 Posted by Unknown at 4:09 PM No comments: 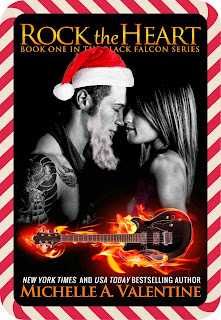 Big Bertha has never been so fucking beautiful. I have to hand it to the girls, they’ve gone all out decorating for Christmas. For the first time in a long time, the rest of the guys and I will spend the holiday surrounded by a woman’s touch. I know I’ve said it before, but I really didn’t know how much I was missing until Lanie marched back into my life. Sitting here, on this bus, surrounded by all my boys from Black Falcon and Lanie—all is right with the fucking world.
I tighten my arms around Lanie and she sighs, showing me how content she is just being here with me. “I can’t wait to give you my gift,” I whisper in her ear as we watch Riff and Aubrey exchange presents.
She twists her neck and stares up at me with her big, green eyes. “I thought I already received my gift this morning.”
I chuckle and think about the sexual escapade we shared earlier where I gave her at least five orgasms. “That was just an appetizer for what you’ll be getting later tonight. I owe you a few more orgasms, but until then, I have a real gift for you.”
“Noel…” Lanie reaches up and runs her fingers down my scruffy jaw-line. “You are my real gift. You’re my everything.”
“God, I love you.” I tip her chin up and plant a soft kiss on her lips.
I know it probably makes me a pussy for admitting this, but when she says shit like that, my fucking heart melts. I love knowing that I’m her everything because she is my forever. “Come to the back of the bus with me.”
She nods and pushes herself up from my lap just as Trip glances up at us from the floor. “Where are you two going? None of us want to hear you guys fucking back there. It wouldn’t be fair to the rest of us.”
Holly smacks Trip’s chest. “Couth, Trip.”
“Ouch!” He rubs his hand over where she just smacked. “You hurt my tittie, sweetness.”
Holly shakes her head. “Just because they are going in the back doesn’t mean they’re getting it on.”
Trip shrugs. “I’ve been around this bus a little longer than you, babe. Trust me. If you see Noel and Lanie or Riff and Aubrey heading to the back, they’re about to fuck.” He points to Tyke. “Ask him. These walls are paper thin, and we can hear every ball slap and every fucking moan.”
Aubrey throws a cushion from the couch she and Riff share with Tyke and it smacks Trip in the face. “Gross! Holly, please do something with your man.”
Holly shrugs, her blonde hair falling over her shoulders. “I’m trying. Training takes time.”
“Training?” Trip warps his arms around Holly’s waist and nudges her down on to the floor. “You wish. I’ll show you training.”
I smile and shake my head before turning to lead Lanie to the back bedroom. Laughter from the rest of the group follows behind us as we step inside the small room and shut the door.
Moonlight slips through the blinds and dances across Lanie, making it just light enough for me to make out every curve of her body and the sexy grin on her face.
“Care to explain why we need to be in private for you to give me a gift?” Lanie questions while threading her dainty fingers through mine. “We aren’t having sex while we have an audience, so I hope you don’t have that in mind.”
I give her my most wicked grin. “I bet I could make you change your mind if I wanted to. I know how pissed you’d be at me afterword, so I won’t torture you by turning you on. But, I do have something I want to give you—something that’s private between the two of us.” I reach in my pocket and pull out the necklace I had specially made for her. I take her hand and drop the charm with a picture of our dock on it in her palm first, followed by the silver chain. I close her fingers around it. “I feel like this sums up the story of us. Every time I see a dock, or a body of water I always feel a connection with you. Our love is steady like this dock in a body of uncertain water. No matter how much things change around us, I know we are solid.”
She unfolds her fingers and pulls the charm up to eye level for inspection. The moment the picture comes into view, tears glisten in her eyes before one falls free and slides down her cheek. “Noel…” she whispers my name and my heart thumps in my chest as I beat back all the emotions I feel so I don’t come undone. “It’s beautiful and so thoughtful. I’m almost embarrassed to give you my gift now. It will pale in comparison.”
I cup her face in my hands and wipe her tears with my thumbs. “Lanie, I could never ask for a greater gift than your love.” 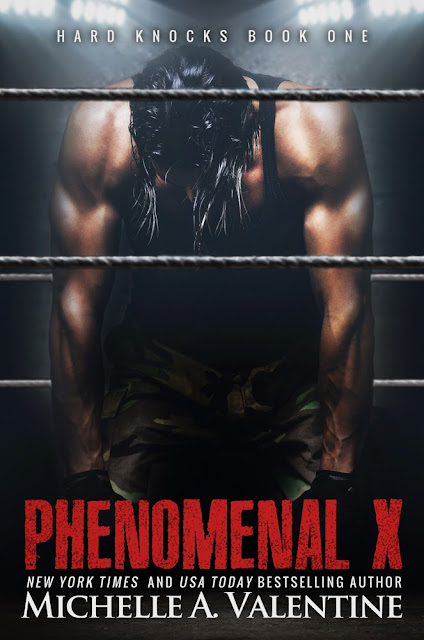