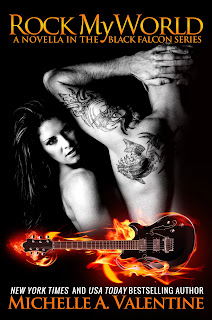 Zach let’s out a low whistle as we pull onto my street. “Wow, looks like I’m dating a spoiled, little, rich girl.”


He shrugs nonchalantly. “Maybe so, but I guarantee you never went without.” When I don’t immediately have a snappy come back to argue that I didn’t have a childhood like that, he smiles. “That’s what I thought.”


The truth is I had it made as a kid as long as I played by my parent’s rules. I was never one really to step outside the perfect child role they expected my brother and I to play, but I didn’t fully embrace the uppity lifestyle, either—which probably explains why in college I started dating the bad-boys. They were so different from the guys I grew up with in high school. They typically hate rules and love their freedom, and deep-down I discovered the same thing about myself once I was out in the real world and could make my own decisions.


Zach pulls into the drive and cuts the engine before turning his head my direction. “Anything else I need to know before I walk in there?”


My mind wonders through a few scenarios of how this first meeting is going to go down. The last boy I brought home was clear back in high school, and he was nothing like Zach. While my mother knows I tend to get my heart crushed by loser men, she’s never had the pleasure of meeting my new type. She’s used to seeing me with uptight jerks like Isaac, so I’m not sure how she’ll react. I pray they remember their manners and are polite to him, whether they approve of our relationship or not.


Not one piece of advice to give to Zach flits through my mind, but I want to reassure him. “Just be your charming self and they’ll love you.”


He flicks his eyes towards the large, two-story, brick home in front of us. “I can’t get over the size of this place. Lawyers really make that much?”


“The good ones do.” I touch his hand on the gear-shift. “Remember, my dad takes his job pretty seriously, so don’t crack jokes about it. My father actually prefers that my brother, Gabe and I call him The Judge like the rest of this town.”


Zach raises his brow. “Maybe I should have you start calling me Guitar God. Might be kind of fun, especially in the bedroom. What do you think?”


I smack his arm. “I think you better keep dreaming, because that’s so not happening.”


He laughs as he opens his door. I take a second to appreciate the view when he walks around the front of the car. His jeans hang low on his hips, but yet hug his butt perfectly, accentuating the curve, making it almost yummy enough for me to want to take a nibble. The white t-shirt he’s wearing gleams against his toned, tattooed forearms as he reaches up and tugs on the hat that’s hiding his trademark hairstyle. He’s so freaking hot. How did I get this lucky?


Lost in the thought of how sexy he is, I jump when he opens my door and clutch my chest.


He stares down at me with those sparkling, green eyes with a perplexed expression. “You alright there?”


A blush fills my cheeks as I stand up. “Never better.”


Zach wraps his arms around my shoulders and grins. I inhale the spicy scent of his cologne mixed with the soap he uses. “You were thinking naughty thoughts about me again, weren’t you?”


I bite my lip but never look away from the challenge in his eyes. “Maybe I was.”


A growl escapes his lips as he pushes his hips against me, allowing me to feel the growing erection in his pants against my belly. “Damn it, Kitten. See what you do to me. I swear to God I’m on like a fucking light switch whenever the thought of you and sex enter my head at the same time. You’ve ruined me for life.”


I laugh and run my hands up and down his back. “I’m glad I’ve ruined you for all other women. I want to keep you all to myself.”


“You don’t ever have to worry about that, babe.” He reaches up and tucks a strand of my auburn hair behind my ear. “If I have it my way, you’ll be stuck with me forever.”


His thumb traces my chin and he leans in and presses his lips softly to mine. My legs below me instantly turn to jelly and I sink further into him. It’s amazing the affect a simple kiss from this man can do to me. It was one simple kiss from him that first night backstage that turned my world on its head and changed everything in my life. For him—for this love we have—I would do anything. This man is my world.


On their own accord, my lips part and I allow his tongue to slip inside my mouth. I grip his shirt in my hands, holding on tight as I get lost in how much my body craves him.


Lean muscle pushes against me and I steady myself against the car for support. Zach’s fingers thread into my hair and a small whimper escapes my lips when he pulls away and kisses the corner of my mouth before working his way across my cheek to the spot just below my ear that drives me crazy. My head falls back as he runs a hand down my side.


We probably look semi-pornographic making out in my parent’s driveway, but I don’t care. Zach brings out a wild side in me even I didn’t know existed—a true rebel willing to risk anything for the man who makes me feel this good. His touch is pretty damn addictive.


He sighs against my skin. “We should probably go in before someone reports the tattooed man mauling The Judge’s daughter to the cops.”


“To hell with the neighbors,” I breathe, not wanting to loose this feeling.


Zach chuckles. “As much as I would like to give the neighbors a hell of a show by fucking you on the hood of this car, I don’t think it’s the best idea. I actually want your family to like me.”
(Scene Inspiration: HEAVEN by Boyce Avenue)
***FULL BOOK BLURB***
Rock My World (Black Falcon, #2.5)
After Aubrey Jenson is wrongly dismissed from her job at Center Stage Marketing, she seeks legal advice from her father, The Judge, to see what grounds she has to get her position reinstated. Her surprise visit to her family doesn’t go as smoothly as she hopes when she brings home her new boyfriend, Zach, Black Falcon’s lead guitarist. She soon discovers that father doesn’t always know best when it comes to matters of the heart.
When Zach meets Aubrey’s family, he’s immediately faced with his deepest fear: The love he so desperately wants, he doesn’t deserve. The Judge makes no attempt to hide his disdain for Zach, and will stop at nothing to keep him away from his daughter. But an unexpected twist turns everyone’s plans upside down and no one’s world will ever be the same.
Outside forces attempting to pull them apart are strong and it’s going to take every bit of Zach and Aubrey’s love for one another to withstand the fall-out. Soon, they discover making love last is harder than finding it to begin with and sometimes you pay the ultimate price for true love.
Posted by Unknown at 5:28 PM No comments: