As September approaches quickly, I've come to the realization that I need more time with Tyke Douglas. I wanted to hand him over to you on September 16th, but at this point I don't think that's going to be possible. I need a couple more weeks with him, and then my editor has to look over him one more time, so realistically I'm going to need to push him into October. This book is so much more emotional than I initially anticipated. Tyke is a really deep dude and has lots of shit going on in his head that it's taking just the right finesse to get right. I've even had to pull out the old nursing text books for this one. I really love the characters in this book. They might just be one of my most favorite couples! Frannie, Tyke's leading lady, is strong and isn't without her own really screwed up issues. The two of them together is like WHOA. The passion between them simmers the entire story, and the angst...oh God...the angst is heavy in this one. I can't wait for you guys to read it!!

As soon as I have a realistic release date, I will let you all know. Thank you so much for following along with Black Falcon and loving my guys as much as I do.

**CAUTION: Not Final version and will likely change during edits** 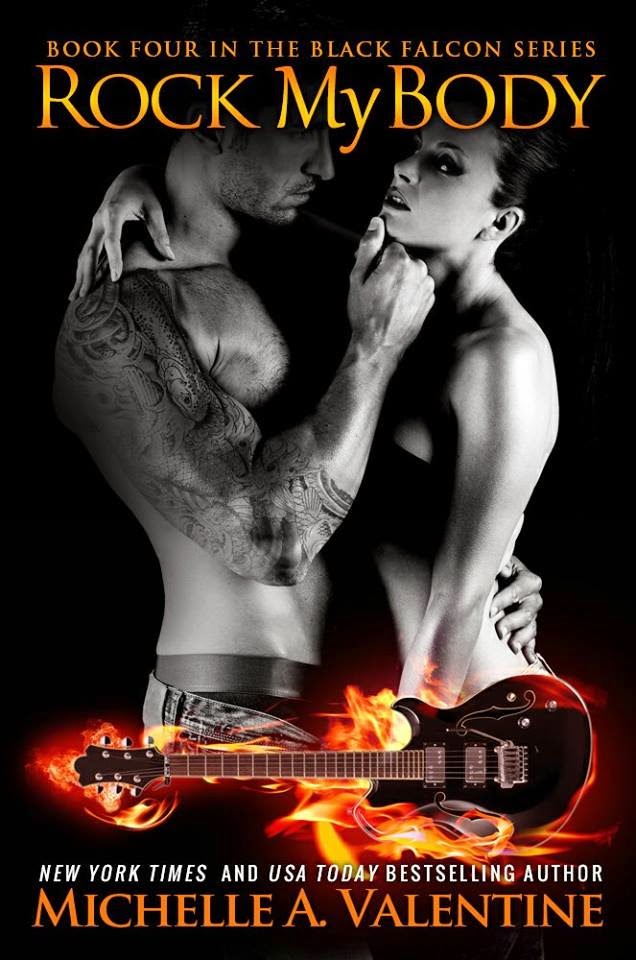 I take a deep breath. When my brother finds out about this he’s going to flip his shit. Usually I’m the one thinking about how things will affect the band, not Trip. Hell, not any of the others. Riff was known for giving out golden tickets to chicks that hang out backstage to sleep with them. Trip never gave two shits about anything, and Noel…well he was no angel either. Back in the day me getting this DUI would’ve just been something we laughed off, but now they are all on the straight and narrow, I imagine they’re going to give me the third fucking degree over this.
But what choice do I have? Who else can call?
After a long moment, I push away from the bars and look the guard in the eye. “I think I’ll make that call now.”
A few hours later I’m finally at the front desk, gathering all the personal items I had on me when I was booked.
“A wallet, keys, two hundred and fifteen dollars in cash, four guitar picks, a sheet of folded up paper, and a cell phone,” the middle-aged brunette clerk says as she hands me all the items. “Sign here and here and you’ll be on your way.”
I scribble my name in the sections she marked and gather my things. Before I can even turn around, I feel Trip’s eyes on me, judging me.
I head toward the door, Trip following close on my heels. Once we’re outside, my brother clears his throat. “I called the rental car company to come pick their car from the impound lot. Kyle is waiting around the side with the Escalade to take us to the airport.”
I raise my eyebrows. “That’s it? No big lecture?”
Trip sighs. “What do you want me to say, Tyke? Do you really need me to say how much you fucked up? How bad this is going to look on the band? You know better than anyone this isn’t good fucking PR, so why voice it. As long as I can remember you’ve been the stable one. I’m sure this isn’t going to happen again. You always do what’s best for the band. It was a one-time mistake. We all make them.”
“I’m glad to hear you actually still care about the band.”
Trip flinches. “What the fuck is that supposed to mean? When have I ever not cared?”
I shake my head. “Come on, brother. Don’t act like you don’t know what I’m talking about. None of the guys have cared for a while now, including you. You all spend your time with your women and leave all the work on me. I’m the one writing all the songs while you all play house. Do you think that’s fair? That all the rest of you get to fuck around and not give a shit about the future of this band?”
He licks the corner of his mouth as he huffs. “Fuck you, Tyke. Just because the rest of us now have our fucking priorities straight, don’t think for one Goddamn minute the rest of us don’t care about the band anymore. Nothing with the band has changed. You’re the one that’s different.”
Anger boils inside me. Is he really that blind? Can he not see how much has changed in the last year since Noel and Riff got married and he got with Holly? I don’t want to lose my brother. I love him, but I’m not going to stand here, attempting to make him see my side. I’d be better off beating my head into a brick wall.
“You’re right, Trip. Things are most definitely different and are going to change even fucking more. If the rest of you can think about yourselves and do you, then that’s exactly what I’m going to do.”
Without another word, I turn on my heel and walk away from my brother. It’s not the best option, but it’s the only one I’ve got because I’m going show the rest of these guys that despite what they think, I’ve got a fucking life to live too.

Posted by Unknown at 1:01 PM No comments: