Books by Michelle A. Valentine 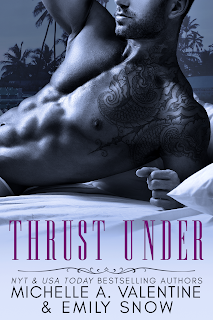 Gabriel Carter is the biggest, cockiest asshole I’ve ever met. He’s six-foot-three inches of ex-baseball player—sexy muscles and smoldering looks that turn my body into a traitorous mess. Did I mention he’s also the reason business at my family’s hotel is quickly going down the drain?I shouldn’t want him, but try explaining that to my body. Especially after he proposes a business deal to me that will be mutually rewarding—both financially and sexually.Sleep with the enemy? Nah, I’ll just marry the bastard instead. 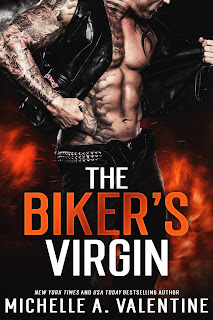 I was given one simple job. Break in and kidnap a rival MC club’s daughter.

I wasn’t expecting her to be a barely legal virgin begging me to take her.

I have to have her—wife her up and let the world know she belongs to me. I don’t even care if not following orders could cost me my life.

No one will take her away from me.

A hot, sexy standalone with a dirty-talking biker and his sweet virgin. 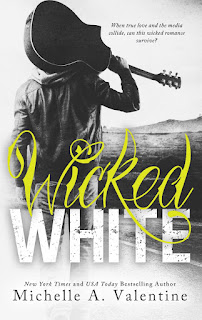 After his mother dies, rock star Ace White—lead singer of the red-hot band Wicked White—is done with the celebrity game. The phony people, the meaningless one-night stands: he doesn’t want any of it anymore. Quitting in the middle of a sold-out tour, Ace sets out to find some place—any place—where he can be alone.
Aspiring singer Iris Easton’s life has never been easy. First, her mother walked out on her when she was a kid. Now she’s buried in debt, weeks after losing her beloved grandmother. When a mysterious and sexy new guy moves in next door, Iris can’t help but be drawn to his soulful gaze. She can tell there’s something from his past haunting him—something he’s not telling her.
Just as Ace starts falling for Iris, the media go on a worldwide hunt to find the missing rocker. Will true love conquer all, or will the truth be the very thing that tears the couple apart? 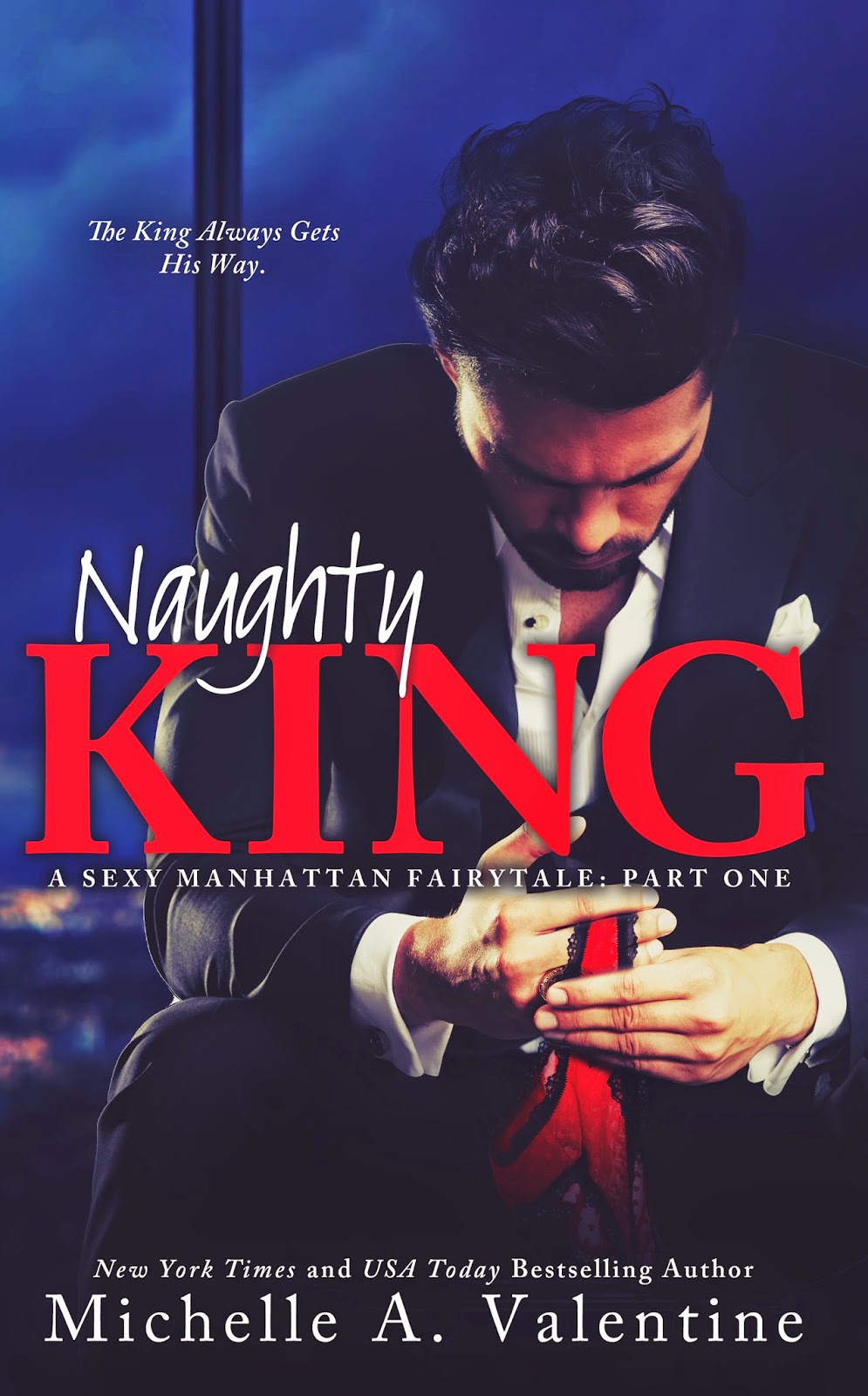 Book One in the Hard Knocks Series 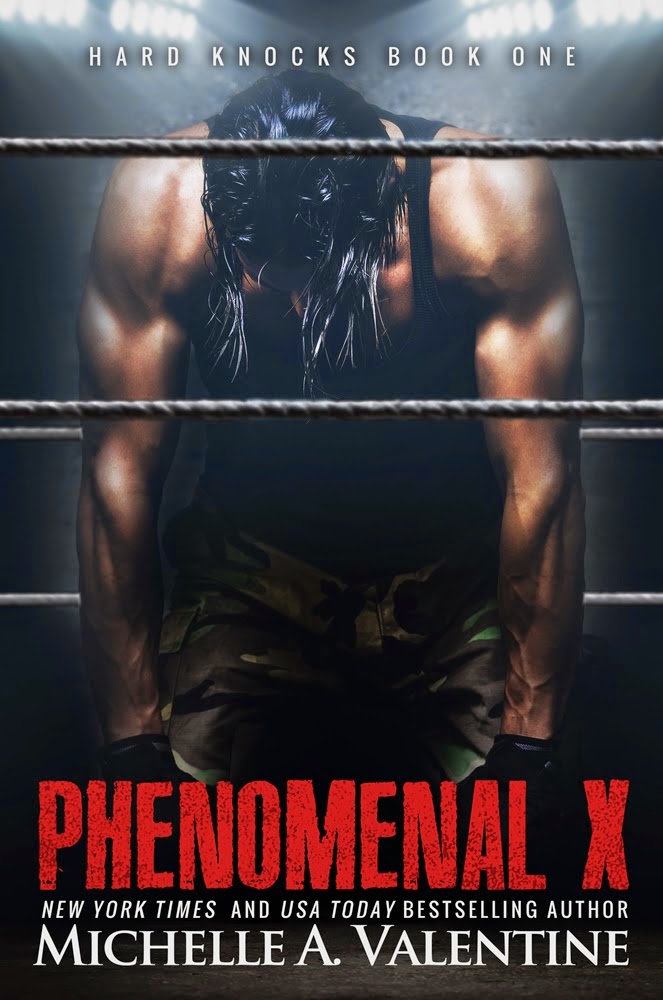 From the mean streets of Detroit rises the newest superstar of professional wrestling, Xavier Cold, better known as Phenomenal X. His muscular physique makes men cower before him and women lose their minds with desire.
Anna Cortez is fresh out of college and naive to the harsh realities of the real world. Tired of living under the thumb of her conservative family, she defies them when she accepts a job as the assistant to wrestling's most notorious bad-boy. Phenomenal X has an animalistic nature that even good girl Anna finds hard to resist.


One night forced to share a bed in a sold-out hotel, lines blur between them and they quickly learn that one lustful night changes everything and neither one of them will ever be the same.

:Phenomenal X is available in e-book form at:


Book One in the Black Falcon Series 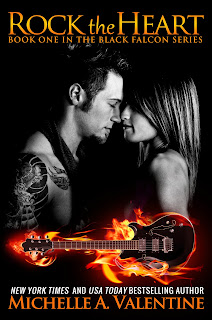 Synopsis:
For the last four years, good girl Lane has regretted breaking up with Noel Falcon. She thought she was sensible when she told him his dreams of being a rock star would get him nowhere, but now that he's a rock god and her career is stagnant, she realizes just how wrong she was. When Noel hires the marketing company where Lane is an intern, she’s forced to see him again. If she wants to land her dream job as executive within the company, she has to win him over and secure his account. Too bad Noel is still pissed at her for breaking his heart.

When Lane’s company flies her to a Black Falcon concert to gain Noel’s attention, emotions run high the moment she sees him and realizes she’s far from over him. But Noel’s countless trysts with groupies and his cocky attitude make Lane believe he isn’t the same guy she once loved—now he seems to only want her body. Then after Lane discloses she needs him to procure a job, Noel proves he’s a changed man by forcing her to go on the road with him in order to get it.

After Lane reluctantly takes Noel up on his offer, she becomes willing to do whatever it takes to keep him satisfied, even if it means succumbing to his seductive ways. Lane soon finds deception is a dangerous game and she’s not the only one playing.

:Rock The Heart is available in e-book form at: 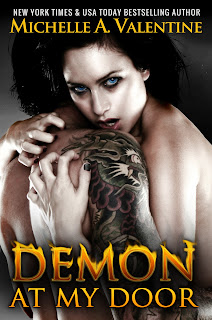 Gothic outcast Natalie Sugarman bartered her soul for her dying mother’s life sixteen years ago to a boy demon that could stop time. Now, days before her twenty-first birthday, the lifelines on her palms are slowly vanishing, and she knows it’s just a matter of time before Satan’s little helper collects.

Natalie's tried numerous times to kill the demon and regain control of her soul’s destiny, but she always falls short. When she decides to try and gain the element of surprise for her next attempt, Natalie seeks answers about his location from a freaky, glowing-eyed fortuneteller. Creeped out by the psychic’s methods, she bolts from the reading and misses the warning that the demon who stole her soul is always closer than she thinks.


After some strange incidents with her new boyfriend, including a hot, levitating sex session, she realizes he’s the grown-up version of her little nightmare and he’s returned to collect on their deal. Natalie must figure out how to win her soul back from the demon before her lifeline completely disappears and she becomes his forever—even if that means making a deal to damn three other souls to take her place.

:Demon At My Door is available in e-book form at:

:Demon At My Door is also available in paperback at:
Amazon US
Amazon UK
Barnes & Noble